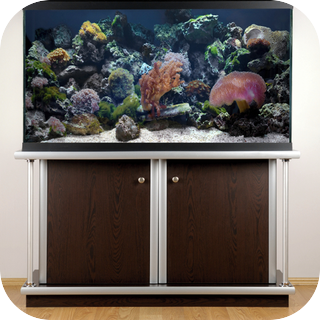 In the Roman Empire, the first fish to be brought indoors was the sea barbel, which was kept under guest beds in small tanks made of marble. Introduction of glass panes around the year 50 allowed Romans to replace one wall of marble tanks, improving their view of the fish. In 1369, the Chinese Emperor, Hongwu, established a porcelain company that produced large porcelain tubs for maintaining goldfish; over time, people produced tubs that approached the shape of modern fish bowls.

This sound uses the following sound files from Freesound (http://www.freesound.org):